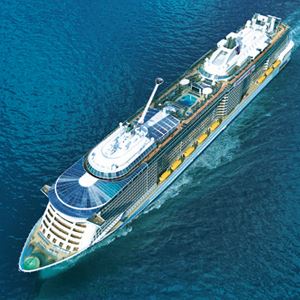 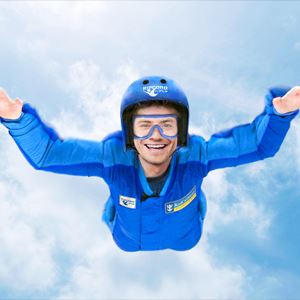 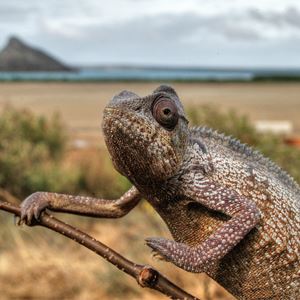 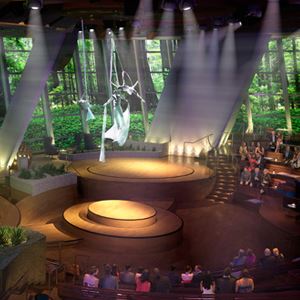 Maiden voyages, new exotic ports of call, extraordinary onboard activities like skydiving in a glass wind tunnel, and advanced ship design with thoughtful features make 2015 a standout year for cruising the seas and major continental rivers. This year the cruise industry raises the bar on quality, design and creative guest experiences like never before!

The timing couldn’t be better as cruising continues to grow in popularity, and repeat cruisers look for new experiences. “I think cruising is fun, and it’s the only time my husband ever truly gets away from work and relaxes,” says Kathy Brody of Hagerstown, Maryland. “It’s great to unpack just once, yet see so many places on one trip.” She especially enjoys time aboard ship: “I love the food, being pampered by the staff, getting dressed up for dinner, seeing the entertainment at night and meeting interesting people.”

The most anticipated ships for the 2015 season are Royal Caribbean International’s two new Quantum class ships carrying 4,180 passengers. Onboard, guests can go skydiving in a unique simulator, be suspended in a glass bubble 300 feet above the water by a massive arm at the top of the ship, challenge each other in bumper cars and try the trapeze in circus school.

The stern of the ship features a great room with three-deck-high windows that convert to a projection wall at night for digital special effects, competing for attention with performers and aerialists. More wows include robot bartenders mixing cocktails in the Bionic Bar and chef Jamie Oliver’s first at-sea offering with Jamie’s Italian among the 18 restaurants.

Quantum of the Seas, launched in November, is sailing for the winter from New York Harbor roundtrip to the Caribbean. It heads to Shanghai, China in May to supply year-round departures to Japan and Korea.Anthem of the Seas launches in April and will be based in Southampton, UK sailing the Mediterranean before heading to New York Harbor for the winter season of Caribbean departures. A new 12-night Western Caribbean itinerary will debut for Anthem, stopping in Jamaica, Honduras, Grand Cayman and Mexico.

An entirely new oceangoing cruise line, Viking Ocean Cruises, an outgrowth of Viking River Cruises, will debut in April with the 930-passenger Viking Star. Guests can swim in the infinity-edge pool cantilevered off the stern; marvel at the snowflakes falling in the spa’s snow grotto after a steamy sauna; learn new techniques at cooking school; and dine al fresco in Viking’s signature indoor/outdoor Aquavit Terrace. All staterooms have private verandas. It will cruise the Baltic Sea and Scandinavia, as well as the Mediterranean, for its maiden season. There are two more sister ships under construction.

Ann Cochran of Cabin John, Maryland enjoys ocean cruising with her extended family, but recently tried a river cruise in Europe with husband Chuck. “It’s so different – on an ocean cruise the ship moves at night, but on a river cruise the boat moves during the day so you can see the sights along the way, stopping in beautiful little towns you might not go to otherwise,” she explains. “It’s smooth and peaceful, and the cabins have lots of space and a wall of glass so you don’t miss anything.”

Due to the increasing popularity of river cruising, Viking River Cruises is adding 12 more vessels in Europe this year – 10 Viking Longships accommodating 190 passengers and two vessels for the Elbe River hosting 98 guests. Combined with the 18 riverboats christened in 2014, Viking’s fleet will total 64 river vessels.

Cruise travel is all about the ports of call for Marty Thompson of Rockville, Maryland. “I view a cruise ship as a magic hotel that allows me to wake up in a different place every day,” he says. “I like to spend as much time in port as possible and book excursions I couldn’t do elsewhere, like a helicopter flight over the glaciers in Alaska.”

Springtime in Paris and along the Rhine River has age-old allure. Viking River Cruises introduces two new itineraries to take advantage of this special season. Motor quietly by dozens of medieval castles and take walking tours of Old World cities on Legends of the Rhine, an eight-day journey from Amsterdam to Frankfurt. Enjoy the scenery along the Main and Moselle Rivers as well as the Rhine on the 10-day Rhine Rhapsody with time in Paris, Strasbourg and market towns.

America’s eastern seaboard is beautiful in spring too; it’s a great time to explore the Colonial past on the all-new Canada & Colonial Coast trip aboard Silversea Cruises’ Silver Shadow. Sailing roundtrip from Fort Lauderdale, spring port stops include Savannah, Charleston and Norfolk, as well as Nassau and Bermuda. Fall foliage highlights later cruises to New England and eastern Canada. Many Silversea itineraries have been refreshed with 71 new ports of call, including Hambantota, Sri Lanka; Mahajanga, Madagascar; and Nikumaroro, Kiribati, the island believed to be the final resting place of aviator Amelia Earhart. There are 11 new extended mid-voyage land adventures, like an Andes train trip and Kenyan walking safari.

Also new this summer for Oceania are Grand Voyages in Europe ranging from 20 to 70 days for extended exploration. An example is Great Northern Lights, a 20-day voyage aboard Nautica departing Copenhagen, exploring Norwegian fjords, calling on the remote Solovetsky Islands, Russia, and ending in Oslo, Norway. Additionally, there are 24 new ports of call on four continents highlighting a variety of itineraries, such as Luanda, Angola; Paamiut Greenland; and Londonderry, Northern Ireland.

Travelers can do a Bermuda intensive, taking in the architectural style, British culture and pink sand beaches when Holland America Line returns here this summer. The new seven-day sailings from Boston aboard Veendam feature three overnights in the capital city, Hamilton, and run May through July. The European schedule will include many new itineraries and ports of call. Examples are Northern Isles, departing London in June and August highlighting the dramatic landscapes and fjords of Iceland and Norway over 14 days; and Mediterranean Adventure, sailing in September from London to Venice visiting Spain, Portugal, Italy, Greece, Croatia and Montenegro over 21 days.

This fall there’s a new landing destination for all Norwegian Cruise Line ships sailing in the Western Caribbean – Harvest Caye in Southern Belize. It will feature a beach, watersports lagoon, shopping village and pier for shore excursions. Also launching in fall is a 14-day South America cruise between Valparaiso, Chile and Buenos Aires that rounds Cape Horn, and takes in the Chilean fjords and the Falklands. Caribbean cruises will start departing from Port Canaveral, Florida aboard Norwegian Spirit.